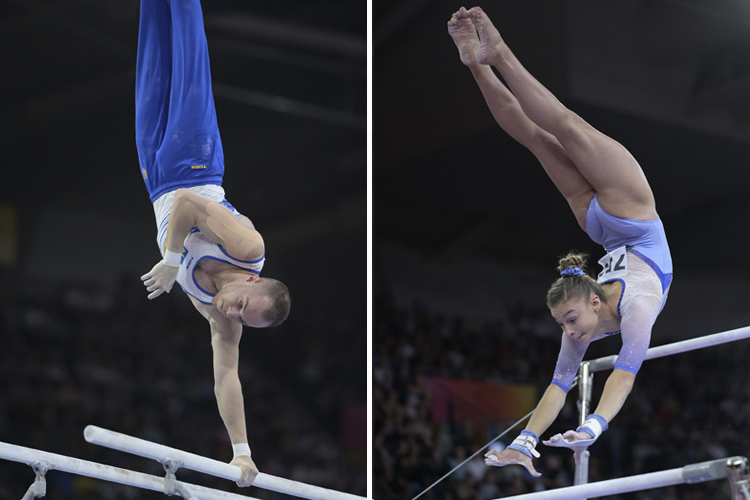 The international gymnasts have been announced for the 2020 Gymnastics World Cup, taking place at Arena Birmingham on 28th March, with a total of 12 world medallists part of the star-studded line up.

Men’s competition
The headline gymnast in the men’s event is no doubt Oleg Verniaiev from Ukraine. He’s a 19-time major championship medal winner and is one of the greatest men’s artistic gymnasts of all time. He’s a six-time European champion, has won one world title and five world medals, and also won Olympic gold on parallel bars in 2016.

He’ll be joined in the men’s event by world stars Wei Sun from China, who has registered two top five all-around finishes at the last two world championships, and Kazuma Kaya from Japan, who finished 6th at the 2018 and 2019 world’s. Also competing in the men’s event will be exciting American gymnast Yul Moldauer who continues to impress. He’ll be aiming for the podium having finished 11th at last year’s world championships.

Women’s competition
One to watch in the women’s event is sure to be Grace McCallum from the US. She’s been a key figure in the American team at each of the last two world championship, helping them secure gold at both. She’ll be aiming to top the podium, and to impress ahead of selection for the 2020 Olympics this Summer.

Elisabeth Sietz will also be aiming to medal, with the German favourite coming to Birmingham off the back of a brilliant 2019. She finished 6th all-around at the world championships and has a wealth of experience having competed at the last two Olympic Games. Alice D’Amato, part of Italy’s history making team at the world’s will also compete, as will Marine Boyer from France who is an exceptional talent. She’s competed at the last three world championships for her country, and finished 4th on beam at the 2016 Olympics.

Ann-Marie Padurariu is another name to look out for. The Canadian gymnast is just 17 but has already competed at two senior world championships, winning a stunning silver on beam in 2018.

Tickets are still available for both the men’s and women’s sessions. Don’t miss out as tickets are selling fast. Buy yours.