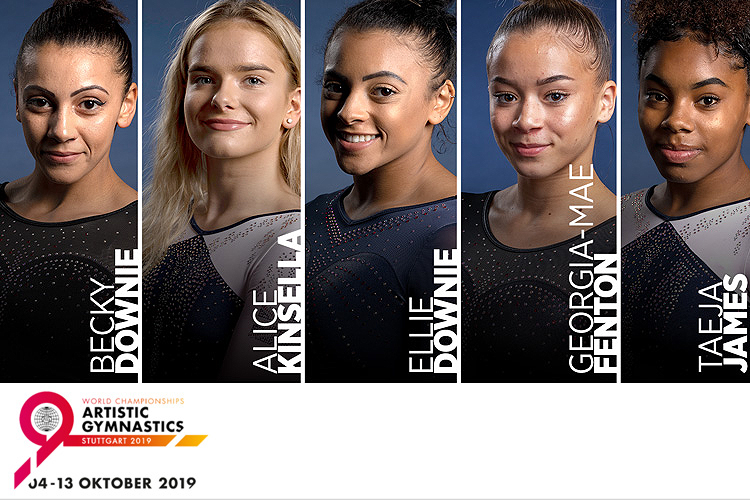 Reigning European all-around silver medallist Ellie Downie from Notts will compete alongside her sister Becky, who recently took European Games bars silver and City of Birmingham’s Taeja James, who will compete in her second major championship as a senior gymnast. Joining them will be the current European beam champion Alice Kinsella from Park Wrekin, and Georgia-Mae Fenton from East London who won uneven bars gold at the Commonwealth Games last year.

James Thomas, British Gymnastics Performance Director: “Our women’s programme has been building momentum over the last 12 months and the team selected for this year’s World Championships has some hugely talented and exciting gymnasts. The aim is to deliver a team performance that secures our Olympic qualification as well as competing for a number of individual final opportunities.”

Kelly Simm comes in as travelling reserve for the women’s team with Amelie Morgan – who is recovering from a minor ankle issue – withdrawn as a precaution to support her long-term ambitions.

The 2019 World Championships represent the key qualification event for the Tokyo 2020 Olympic Games. The top nine placed nations after qualifying (excluding those countries that finished in the top three at the 2018 World Championships) will book their team places at next year’s Olympics. Alongside the team event medals will also be awarded in the individual all-around and apparatus events.