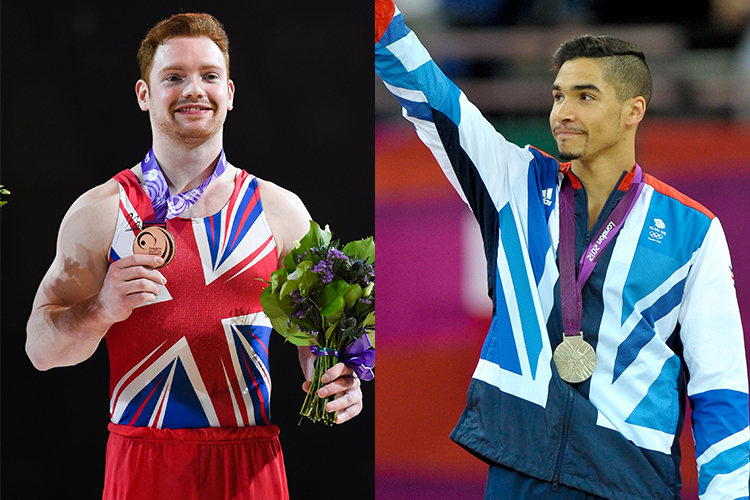 The Hall of Fame is the ultimate award within the British Gymnastics awards list, celebrating the outstanding achievements of British gymnasts on the highest international stage; the culture of self-belief, tenacity and enthusiasm which they have shown, and their ability to inspire.

Louis enters the Hall of Fame as one of Britain’s greatest ever gymnasts. A master of the pommel horse, he won 15 medals at major championships during an illustrious career in the sport.

Four of those medals came at the Olympic Games. At the 2008 Beijing Olympics, Louis made history. A stunning pommel routine secured Olympic bronze, and saw Louis become the first British gymnast in 100 years to win an individual medal at the Games. He then went on to win back-to-back silver medals on pommel horse at the next two Olympics, as well as helping the team to a historic bronze medal at the London Games.

Louis was unable to attend the evening, but Paul Hall, Men’s Artistic Head Coach and Louis’ personal coach during his career, accepting the award on his behalf said: “To have been there at the start with Louis, to have helped take this young kid to the 2004 European Championships was a privilege.  He created probably the most important thing he could have created when he was competing, which was a belief that we as British gymnasts could win. He really started something in this county.”

Known for his incredible consistency and ability to perform at his best on the world stage, Dan Purvis won medals at Olympic, world, European, Commonwealth and British level during a decade at the very top of the sport.

Dan retired from competitive gymnastics at the beginning of 2019 having been a mainstay of the British team ever since turning senior. At the 2012 Olympic Games in London, Dan was a pivotal part of the men’s artistic team that won a superb bronze medal. A brilliant all-around gymnast throughout his career, Dan competed on all apparatus in that final, topping the British scoring on floor to help secure bronze under immense pressure.

Dan won multiple individual honours too. A world floor bronze medal in 2010 was followed by all-around and apparatus medals at five separate European Championships, as well as winning medals for Team Scotland at consecutive Commonwealth Games.

After being inducted, Dan said: “It’s such a huge honour to be inducted in to the Hall of Fame. It feels like an unbelievable achievement and to now be in the Hall of Fame with the likes of Beth Tweddle MBE, Kristian Thomas and now Louis Smith as well, it’s something I’m really proud of.

“I’m truly in love with this sport and when I retired there was nothing else I thought about going in to. I’m now coaching, running my own recreational classes which is great. I’m also coaching at Southport Gymnastics Club where my old coach Jeff Brookes coaches, which is amazing. It’s all gymnastics related. It’s a totally different world to competing but it’s just as challenging and just as rewarding.”

Kristian Thomas – a teammate of Louis and Dan’s at both the London and Rio Olympics and a 2017 Hall of Fame inductee – was in attendance to welcome the new inductees at a star-studded evening at The International Centre, Telford.