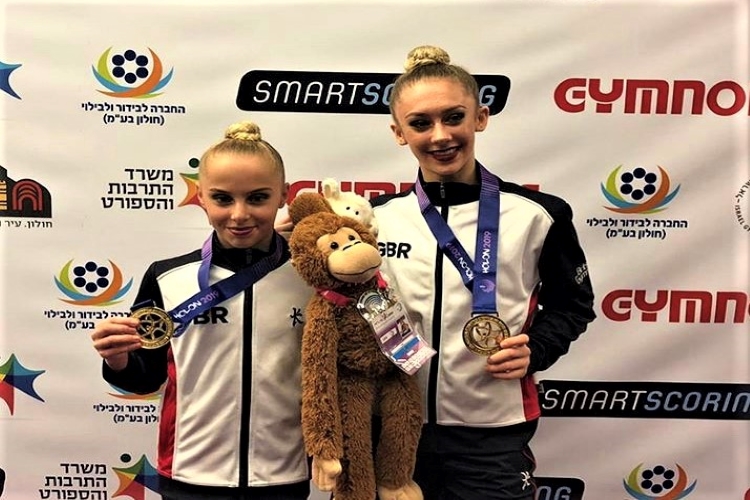 Great Britain were proudly represented in every medal ceremony as our young acrobatic gymnastics’ stars exceled over the weekend at the 2019 European Age Group Championships in Holon, Israel.

Competing in the 11-16 and 12-19 age brackets the British partnerships and groups from across the country showed great technique and elegance to win ten medals from the ten finals including European gold for 12-18 women’s pair Sasha Carpenter and Poppy Yates in the combined final.

Only one group per nation were allowed into the finals and if it weren’t for that ruling 12-18 partnerships Amani Egbor and Zoey Nok, Farhad Nasimi and Samuel Reynolds and Beatrice Henderson and Hector Kinghorn may well have added to the medal tally having impressed in qualifying.

The full results can be found here http://gymtv.online/user/ranking/

Next up if the European Championships from the 30th October-3rd November which will see both junior (13-19 age group) and senior gymnasts compete across five days.

On the opening day, our junior gymnasts will aim to qualify for finals, with seniors getting their opportunity to shine on the second, before the first finals take place later that day. During the senior competition, we’ll be filming the British routines from finals, and you’ll be able to watch the routines back following the competition on our YouTube channel.