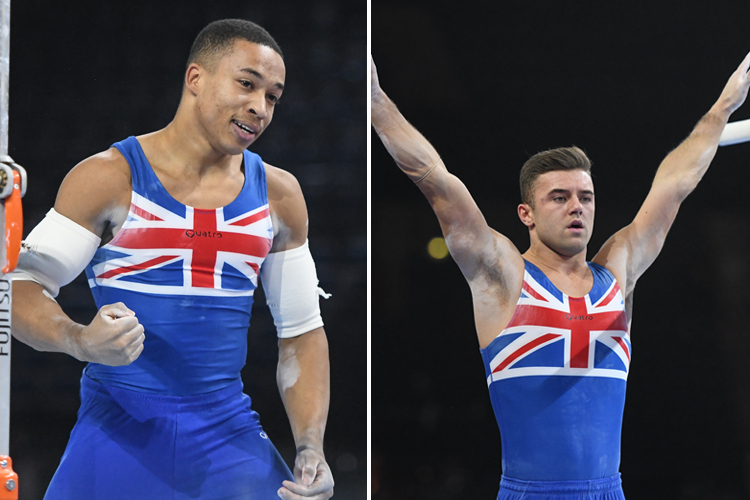 Joe and Giarnni are announced as the British duo set to compete in this all-around event against 10 of the world’s finest gymnasts, with Olympic qualification points up for grabs.

Born just a stones throw from Arena Birmingham, Joe made history earlier this year, becoming world champion on parallel bars, making him the first British gymnast to medal on the apparatus at a world championships. This will be the first chance to watch Joe compete on home soil following his sensational achievements at the event.

Giarnni was also part of the team that competed for GB at the world championships, producing several brilliant routines to help secure a team place for the country at the 2020 Olympic Games.

Don’t miss your chance to see Joe and Giarnni live. Get your tickets for the men’s session.

On being selected, Joe said: “I was there earlier in 2019, and I got to see what the crowd are like and how much they get behind all of the athletes. I can’t wait to do it again in 2020.

“Being from Birmingham, being able to compete in my home city is so much fun. I’m just looking forward to getting out there and enjoying it alongside one of my teammates, against some of the best gymnasts in the world.”

Giarnni said: “People should definitely come and watch this. Gymnastics is not only one of the hardest sports in the world, but it’s the most exciting. The thrill that it gives to people watch is something else. Most importantly though, come to support us. We need that support, and it’s going to be an exciting event to watch.”

The Gymnastics World Cup is part of the International Gymnastics Federation (FIG) World Cup Series, with gymnasts competing for Olympic qualification points across four World Cup’s. A total of 12 gymnasts will compete in both the men’s and women’s sessions, with two gymnasts from Britain going head to head across the apparatus against 10 of the best all-around gymnasts in the world.

The gymnasts competing for Britain in the women’s competition will be announced in the new year, as will the international gymnasts set to compete for the likes of USA, China and Japan.