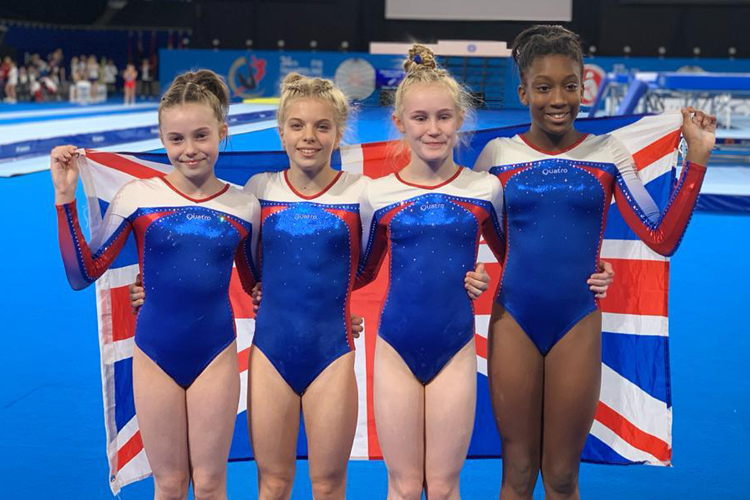 The 11-12 age group was the youngest on show at the Championships, but it was where GB’s tumbling gymnasts shone.

In the 13-14 tumbling competitions, our gymnasts also excelled. In the women’s final, Naana Oppon (33.400) took a brilliant silver medal, and Comfort Yeates, also competing in the final, did well to finish seventh.

The final medal of the Championships for GB fell to double mini trampoline gymnast Madeleine Tarrant. Madeleine had earlier qualified in second place, and replicated that in the final to take home silver with 65.300.

Finals
There were several other finals for GB across the final two days of competition. Congratulations to all of the gymnasts and coaches on a brilliant Championships.

Visit the FIG website for full results and scores.