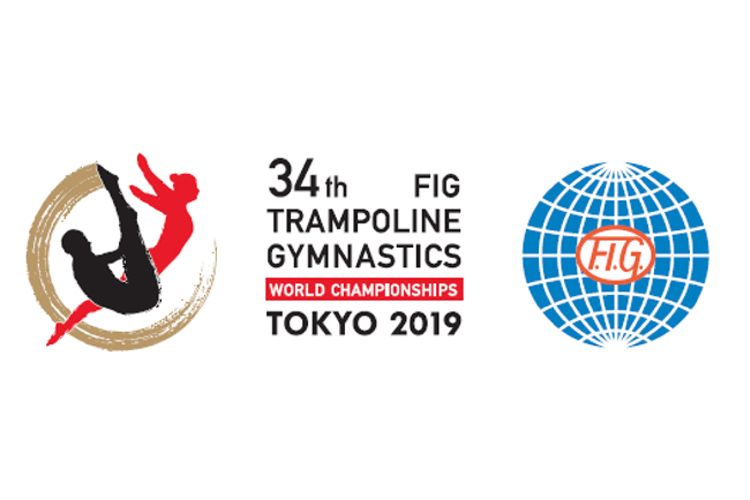 Taking place from 28th November to 1st December in Tokyo, Japan, for our trampoline gymnasts, it provides another opportunity to qualify an Olympic place for the Olympic Games, taking place in the same city next year.

For our gymnasts to qualify the country a place, they will need to successfully qualify for the final, meaning they’ll need to be inside the top eight. Read our full guide to the Olympic qualification process.

Making up the trampoline team will be current British champions Kat Driscoll and Luke Strong (Liverpool), 2016 Olympic silver medallist Bryony Page (Sheffield), and fellow Rio Olympian Nathan Bailey (OLGA). Laura Gallagher (Quayside) and Isabelle Songhurst (OLGA) were part of the team that won world bronze in 2017, and they will also compete, as will Andrew Stamp and Corey Walkes, who make their senior world championship debuts having won junior European silver and bronze in 2018.

Elliott Browne (Wakefield) and Shanice Davidson (Durham) both produced impressive routines to win individual world tumbling silver in 2018 and both will have the chance to again be on the medal podium in Tokyo. They’ll be competing alongside 2013 world champion and current British champion Kristoff Willerton (Andover), as well as Jaydon Paddock (Birmingham) and Aimee Antonius (Andover); both make the step up to senior level having medalled at last year’s World Age Group Championships.

Also competing in the tumbling team will be Megan Kealy (Milton Keynes) who is the current British silver medallist, Kaitlin Lafferty (Basingstoke) who won bronze at the same event, and Dominic Mensah (Pinewood), who finished inside the world’s top eight in qualifying at last year’s Championships (but missed out on the final due to the two per country rule).

Three of the women’s double mini trampoline team that won world silver in 2017 will also compete in Tokyo, with Kirsty Way (OLGA), Kim Beattie (Banchory) and Bethany Williamson (Birkenhead) all named in the team. Current British champion Daniel Berridge (Heart of England) will also be there, alongside Rhys Gray (Jumpers) who performed brilliantly at last year’s World Championships to finish in 6th. Oliver Paradise (Heart of England) won bronze at this year’s British Championships and is named alongside Harrison Green (Leeds) who turns senior having impressed for a 4th place finish at last year’s World Age Group Championship. Ruth Shevelan (Dynamo) will compete too; she placed 8th at last year’s European Championships and will be hoping to make a name on the world stage.

Also taking place in Tokyo (5th-8th December) will be the 2018 Trampoline, Tumbling and DMT World Age Group Championships, with some of our most promising junior British gymnasts heading to Japan aiming to impress.

Here’s the full list of gymnasts set to compete;