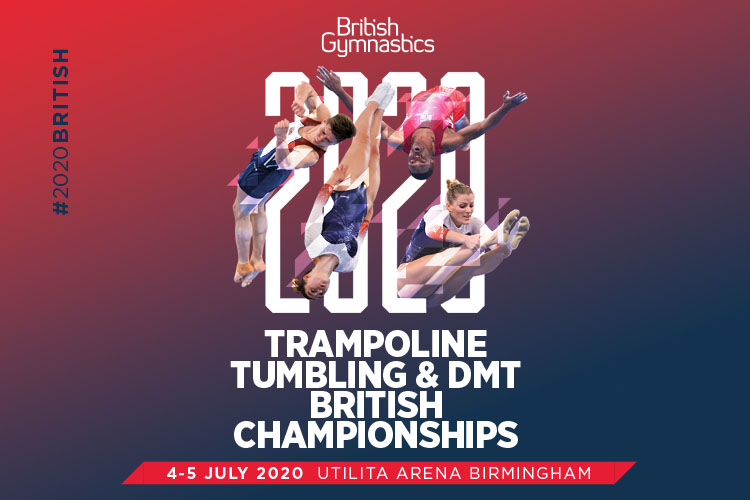 Prepare for non-stop gymnastics action as three high-flying disciplines come together to wow the crowds at Arena Birmingham on 4-5 July. Britain’s finest trampoline, tumbling and DMT gymnasts will battle it out with spectacular routines for a chance to take home the prestigious British titles; this is not one for gymnastics fans to miss!

With the Olympics just a few weeks away, this will be your final chance to cheer on your Great Britain trampoline stars as they perform high-flying skills in a bid to take the senior British title. Watch 2016 Olympic medallist Bryony Page in action joined by her world silver medallist teammates Laura Gallagher, Kat Driscoll and Izzy Songhurst as they battle it out for one of the final British titles before the Olympians fly to Tokyo.

After dominating at the World Championships in November, our men’s and women’s tumbling teams are ready to show off their gold medal winning skills as they power down the tumbling track. World silver medallists Elliott Browne and Shanice Davidson, and world bronze medallist Megan Kealy will be amongst those looking to challenge for the British titles.

Look out for sensational and dynamic skills on the double mini trampoline from our DMT stars. One of the most explosive gymnastics disciplines, the world silver medallist women’s team will be back in action with British champions Kirsty Way and Daniel Berridge looking to retain their titles.

Get your tickets now!

If you’re looking to buy group tickets for 10+ people, there are special discounts available. Read more and find out how to book.