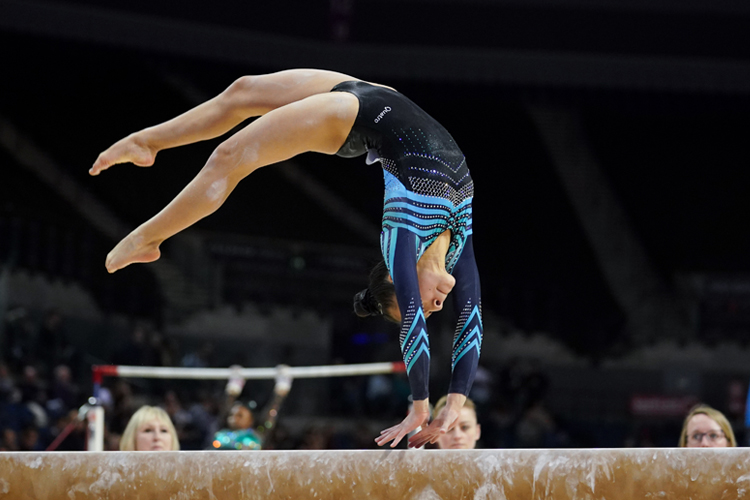 Ondine Achampong produced a string of brilliant routines to win a fantastic silver medal on beam at the Melbourne World Cup; her first international competition as a senior gymnast.

Competing at the opening apparatus world cup of 2020, Olympic qualification points were available to gymnasts finishing in the top 12 on each piece. Ondine showed no sign of nerves, successfully qualifying for two finals amongst a highly competitive field.

Ondine qualified in fifth place on beam (12.991) before replicating that on floor (12.833), qualifying fifth on that apparatus too. In the final Ondine added increased difficulty to her beam routine, and executed superbly to claim silver with a score of 13.166. In the floor final, she very nearly made it two medals from two finals, finishing in fourth place with 12.700.

Courtney Tulloch also picked up Olympic points with a fifth-place finish in the rings final. Having qualified in second place after a solid routine and a stuck dismount, Courtney couldn’t quite replicate that in the final, scoring 13.766. Joshua Nathan showed his qualities as a pommel horse worker, qualifying in fifth place on that apparatus before finishing in seventh in the final (12.333).

Hayden Skinner and Claudia Fragapane were also in action for the British team. Hayden finished in ninth on floor, just missing out on the final, and Claudia also just missed out, finishing in tenth on floor.