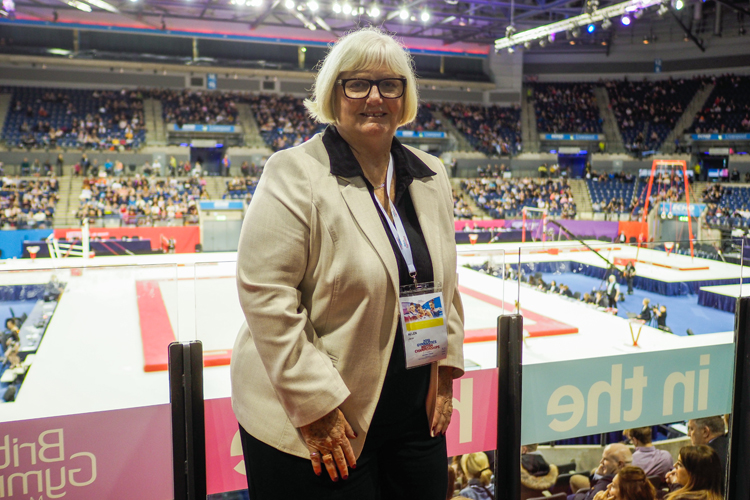 British Gymnastics is pleased to announce that our Chief Executive, Jane Allen has been awarded an MBE in the 2020 New Year Honours list for services to the sport of gymnastics.

Jane Allen, Chief Executive Officer for British Gymnastics, speaking about the award commented: “I am very honoured to be awarded an MBE in the Queen’s New Year Honours list for 2020. In accepting this award, I do so on behalf of everybody at British Gymnastics who has been involved in the growth and development of gymnastics at the recreational level as well as the fantastic achievements of our athletes on the world stage. It has been a team effort.”

The New Year Honours list recognises the achievements of a wide range of extraordinary people across the United Kingdom. Joining Jane on the list announced yesterday are Lyne Hammersley from Forest of Dean Gymnastics Centre who also receives the MBE for services to gymnasticsand Helen Reddy of Honiton Gymnastics Club who receives the British Empire Medal (BEM) for services to gymnastics education.

Former rhythmic gymnast and TV prestner, Gabby Logan has also been recognised with an MBE for her services to sports broadcasting and the promotion of women’s sport.