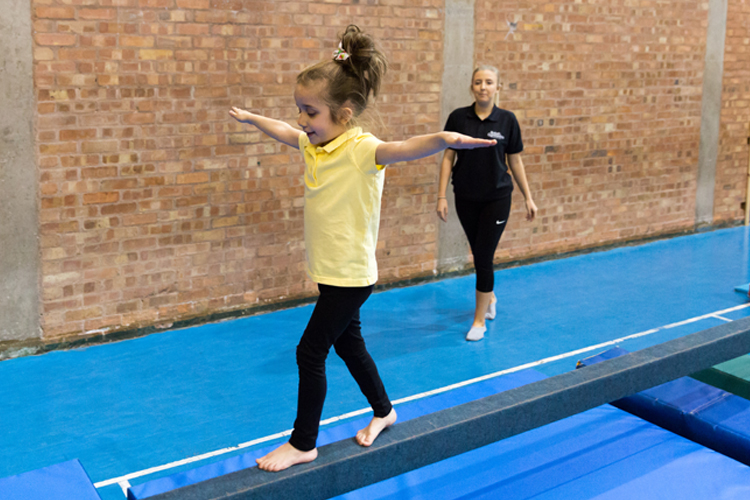 British Gymnastics is calling on the UK Government to provide additional funding to the sports sector to support a growing number of gymnastics clubs struggling to remain afloat.

Financial difficulties are being faced by clubs up and down the country as a result of the pandemic which began last March. Clubs have operated with limited capacity for the most part, but in the strictest lockdowns, gymnasts have been unable to attend their regular sessions. The financial implications of this have meant that many clubs are close to breaking point.

We wanted to highlight why more needs to be done and why additional financial support is required to ensure many can survive.

Through surveys completed by British Gymnastics member clubs, 73% of respondents reported that their club was currently at critical risk. of those clubs, 55% reported that at the time of the survey, their financial situation threatens close of their facility. We are calling on government to ensure this does not happen.

If those clubs were to shut their doors, we estimate more than 82,000 participants would be unable to attend gymnastics sessions, and several hundred coaches and club officials would be out of employment.

These figures alone are difficult to read, but it is the reality many clubs are facing.

MK Springers are a club based in Milton Keynes and are one of many struggling to see a way through the very latest lockdown.

Felicity Candler-O’Donnell, Club Manager at MK Springers said: “Since the first lockdown our membership has fallen by a third, from 1,000 in March down to 650 today.

“Even though we were closed from the end of March through to the end of July, our customers remained very loyal. We asked them to continue paying half fees on a voluntary basis, if they could afford it, and the response was fantastic.”

As well as support from current members, the club have managed to successfully secure two separate grants, totalling nearly £15,000. This included £10,000 from Sport England’s Recovery Grant during the first lockdown, which helped to see through the initial closure of the club’s doors. The club have also made applications for further grants which are pending approval.

Despite this, almost a year on, and similarly to many clubs in the UK, MK Springers require further support to get through this incredibly difficult period. The losses made each month are adding up, and the stark reality is that without financial support, the club may have to close.

Felicity added: “We’ve been unable to offer birthday parties and our half-term holiday club was understandably very poorly attended. These used to be a very profitable part of our offering. Our work in local schools has evaporated and we have had to severely limit the numbers attending our Parent & Toddler classes.

“When we reopened, we had to ask most of our staff to remain on part-time furlough.

“Our monthly turnover is about half of what it was a year ago. This means we are currently losing money even when we are open.

“We do have some cash in reserves but if lockdown continues beyond March then we will face having to shut the club by June 2021, which is a very sobering thought.”

Keeping this drop in numbers to a minimum is testament to the effort and innovation shown by the gymnastics community over the last 10 months. Clubs have got creative, engaging with gymnasts at home through online activities.

However, due to social distancing requirements and Coronavirus guidelines, when clubs have been open, they have been unable to maximise any potential income. From the research conducted, capacity restrictions were the single biggest reason why clubs were still losing money when open.

David Marshall, British Gymnastics Participation Director, said: “This has been a greatly challenging year for gymnastics clubs, managing themselves in and out of lockdowns, implementing new operations at short notice to meet Covid-19 guidelines, all whilst working to keep gymnasts engaged and active. They should be given huge priase for all they have achieved.

“However, the past 10 months have brought significant financial pressures with many now in a critical position. As our research shows, there is now an urgent need for clubs to be able to access funding to ensure they survive and can continue to provide vital services to their communities and gymnasts, many of whom are children who have already suffered so much during this time.”

Further research indicates that gymnastics isn’t the only sport suffering. The Guardian reported earlier this month that leisure facilities are set to lose in excess of £90 million due to the winter lockdown.

The knock-on effect is that with fewer facilities, less people will be able to access gymnastics, and sport in general, which is vital to the physical and mental wellbeing of so many.

Following the release of the CYP Active survey, Jack Shakespeare, Director of Children, Young People, Families and Research at ukactive, said: “Sport and physical activity in school and community settings provides invaluable opportunities for children to develop physically, socially and emotionally, and in many cases, forms respite services and a vital safety net for the most vulnerable.

“Children and young people have sacrificed great amounts over the past 12 months, and it is now more important than ever to invest in their health and wellbeing.”

We began the year by joining more than 50 sporting organisations in signing the New Year resolution for sport as part of the #SaveOurSports campaign. This aims to push for further reassurances from the government that all clubs and partners part of the sports sector are able to access the levels of financial support they need to survive the pandemic.

Through evidence from Sport England as well as our own surveys, this financial support is required now more than ever.

Help support our cause by signing the petition to Save Community Sports Clubs and Leisure Facilities with a Sports Recovery Fund.