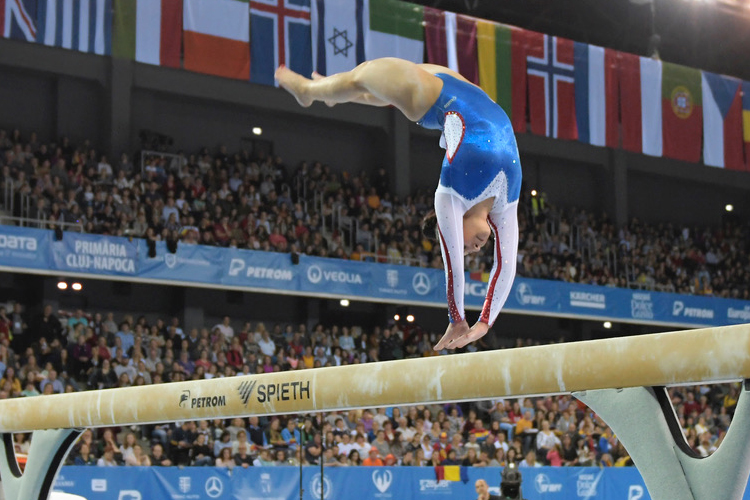 From now until the Tokyo Games, the FIG World Cup series’ represent two opportunities to qualify an additional place for a country. Here’s everything you need to know.

FIG Apparatus World Cup series
Melbourne is the sixth of eight events in the series, with the world’s best apparatus specialists hoping to put themselves one step closer to a place in Tokyo this summer.

Competing in Australia for the British team will be Claudia Fragapane, Ondine Achampong, Joshua Nathan, Hayden Skinner, and Courtney Tulloch.

Courtney has competed at all five apparatus World Cup’s to date, taking maximum points in Azerbaijan last year on rings. He’ll be hoping for another strong outing this weekend.

A gymnast’s three best results will be combined at the end of the series to determine the final rankings with a place at Tokyo 2020 secured by the top ranked gymnast (note: there is a maximum of one gymnast per country per gender for all apparatus).

FIG All-Around World Cup series
Beginning on the 7th March in Milwaukee, USA, will be the first of four all-around World Cup’s. Here are the British gymnasts set to compete at the opening three events, including at the home World Cup in Birmingham;

The results of the All-Around World Cup competitions in Milwaukee (USA), Stuttgart (GER), Birmingham (GBR) and Tokyo (JPN) throughout March and April will determine which nations qualify additional gymnasts to this summer’s Games.

Depending on how they place at each individual competition, gymnasts will gain a number of points for their countries. The three nations per gender with the highest point totals at the conclusion of the series win the right to send an additional gymnast to Tokyo, making each stop paramount not just for the competitors, but for their countries too.

British gymnasts will be in action across the whole World Cup series of competitions and we’ll keep you updated as to who’s set to appear at which events.