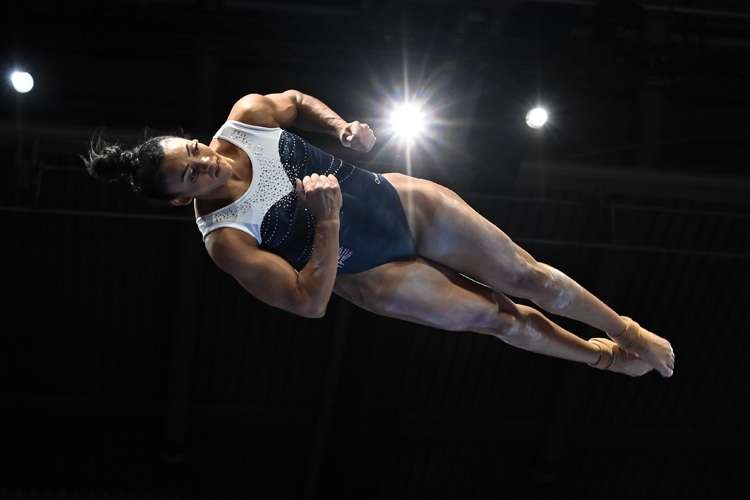 The 2019 Artistic World Championships begin on Friday 4th October, when women’s qualifying begins. The British women’s team will compete at 8am (UK time) on Saturday morning, and current European all-around silver medallist Ellie Downie is hoping to play her part in qualifying the team a place at next year’s Olympic Games in Tokyo.

With podium training complete, we caught up with Ellie to find out how preparation is going.

“I feel good. I was quite happy with my podium training. There’s still more work to do to consolidate some bits, but with another five days before competition day I feel I’m well prepared and ready.

“I think we’ve got a really strong team. My role is to try and keep everyone calm, there’s a lot of experience with Becky, Alice and Georgia-Mae, and we’ll obviously all be helping support Taeja though she’s competed at the Commonwealth Games so we know she’ll be fine.

“The arena looks great, the podium (which the apparatus stand on) is a bit lower than normal but that’s not a problem. The setup is great. It’s cool that the seating is quite dark and the apparatus really bright so all the focus is on the gymnast performances.”

“The absolute focus for this world’s is the team competition. We want to make the top eight and the final, but Olympic qualifying is obviously the main target. I won’t even think about individual finals or medals; the job firstly is for the team and if finals come after that then I’ll refocus.”

Follow us on Twitter for live updates on every British routine from qualifying and finals. You can also watch the finals live on the BBC. Read our guide to following the action.